At the Coalface: Design, Technology, Collaboration And Gender 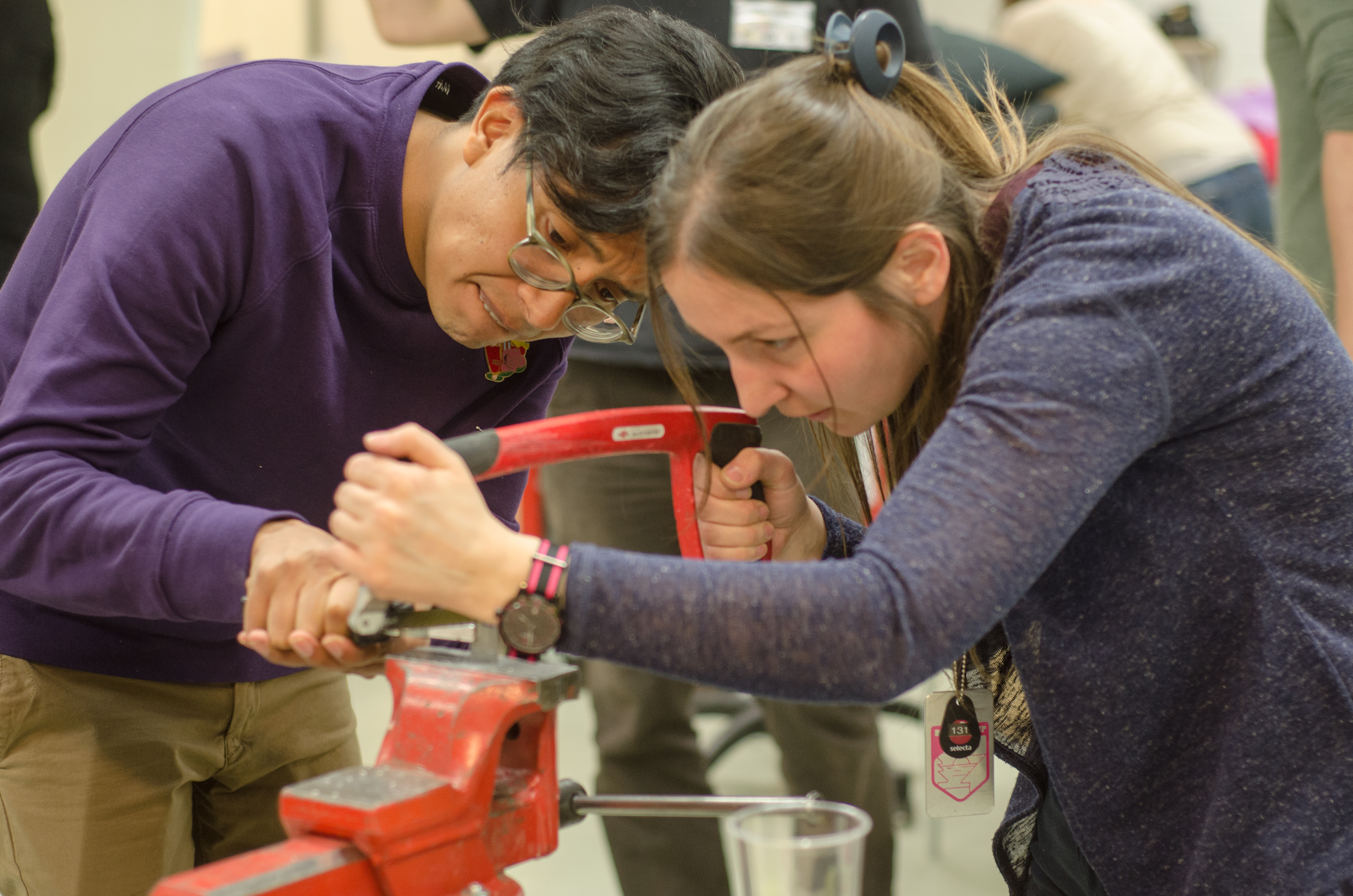 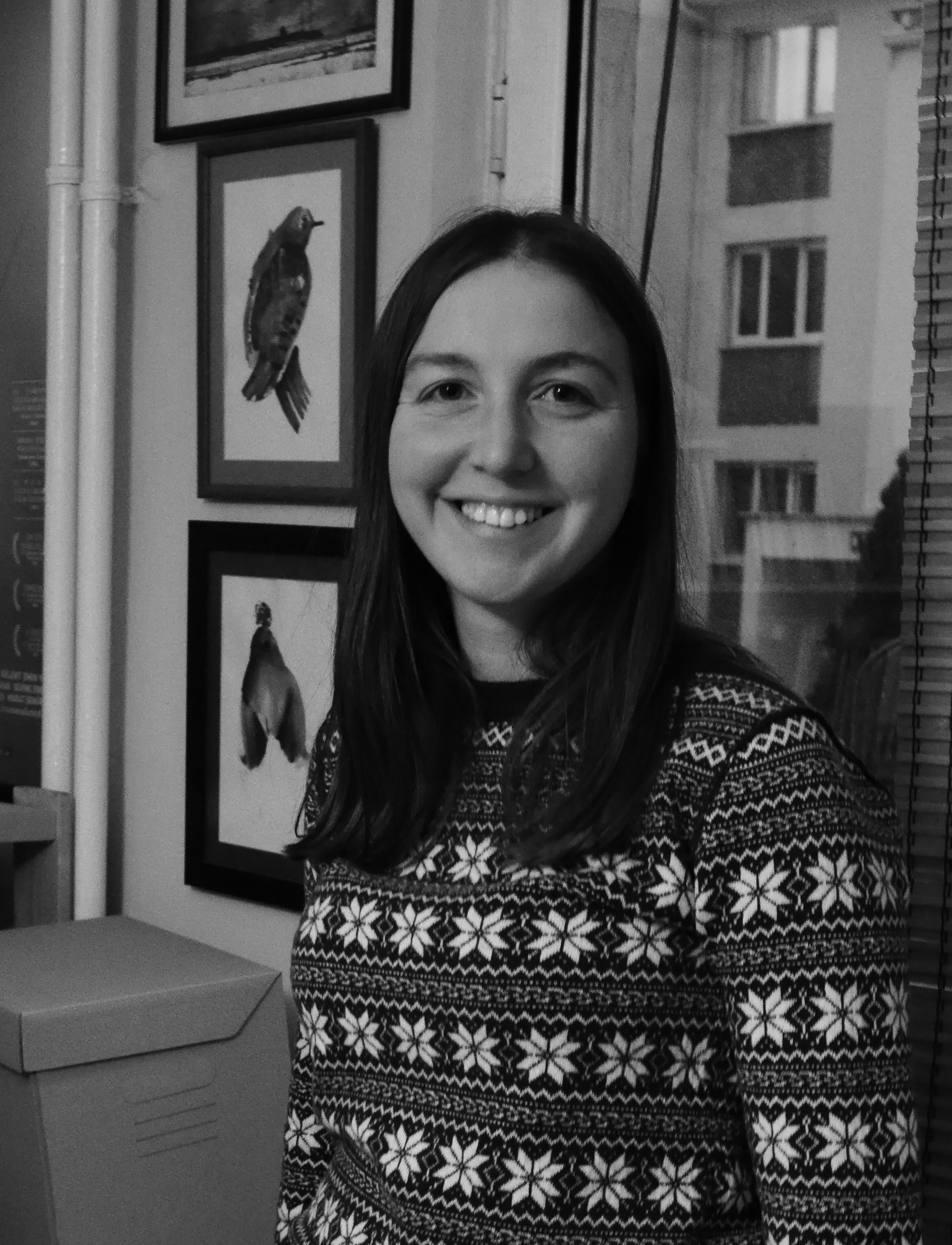 I graduated from METU Department of Industrial Design. After four years as a designer mainly in the furniture and lighting industry, I started to work as a research assistant in the same department. Then I completed my Ph.D. in Sociology at the University of Sheffield in UK to study the role of gender in the professional experience of designers. I am teaching design management at undergraduate and graduate levels in METU Department of Industrial Design since I returned in 2012. My research interests include creative work and working environment, interdisciplinary relationships, collaboration in design and teamwork, and gender, design and technology.

Many of the texts, where design, technology and innovation are mentioned together, focus on the success story of a new product developed or a team of specialists. What is going on at the coalface, namely in offices and production environments, does not seem to matter that much. The experience I gained as a product designer working for the industry for four years after completing my undergraduate studies directed me to work just in this context in my academic life that started in 2007.

In the studies I have conducted over the past decade, I have found that the stronger the relation between design and technology and industrial production is, the more influential gender is at the coalface. When we look at international literature, we see that men and women are segregated in various areas of design. For example, design fields close to technology and industrial production are perceived as masculine and suitable for men, compared to the design fields associated with taste and aesthetics, such as jewelry design and fashion design. These symbolic associations result in the fact that women are represented in the first group, while men are represented in the second group at a higher rate, and this is being maintained at the same time. However, the segregation of women and men in different design fields should not be interpreted as a 'natural' consequence of the differences in individual preferences and interests. This segregation brings sharp power asymmetries with it: Technologically related and traditionally male-dominated areas offer much better career opportunities for employees. For example, automotive design is at the pinnacle of design areas.

The studies I carried out with mainly professional designers showed that the situation is more complex and contradictory in Turkey. Contrary to what is stated in the international literature, industrial design in Turkey is a profession related to technology and industrial production, where representation of women and men is almost equal. This creates an exceptional situation for women industrial designers compared to other disciplines in similar work environments. Especially considering that women have a very small representation in industrial production-related fields of engineering, such as mechanical and electrical and electronic engineering, many women designers are the first technical women employees in the research and development or product development department of the companies they work in. This supports, on one hand, the establishment and maintenance of an egalitarian atmosphere within the profession, which can turn out to be an advantage in finding good jobs and achieving strong positions for women designers. On the other hand, what women designers have told about the business life shows that this advantageous situation turns into a disadvantage, especially when they start working at manufacturing companies where many women have not worked before. Women have to struggle in male-dominated work environments where both design and production engineers, as well as workers in factories and workshops, are mostly male.

What is striking here is the professional struggle of designers in the relations with their engineer colleagues. To give a good example of how the division of work in this relationship, I often talk about the TV commercial campaign of a new product family launched by Arçelik in the previous years, in which Çelik and Çeliknaz are getting married. As expressed on the website of the company, Çelik represents technology, innovation and functionality, while Çeliknaz represents design, aesthetics, style and elegance. Although the work of industrial designers is intertwined with technology, innovation and functionality, it seems that the definition of roles in this TV commercial, in which Çelik is corresponding to engineering and Çeliknaz is corresponding to design, is accepted in many manufacturing companies in the same way.

In this duality, in which the concepts such as technology and innovation on the engineering side as more basic, more valuable, and requiring more professional knowledge, skills and competence than the concepts like aesthetics, style and taste on the design side. In the institutional contexts in which this hierarchical duality is emphasized (in particular, where the engineers dominate the managerial positions), the relationship of the designers with the engineers involves a struggle of 'proving themselves and their professions'. Of course, this disadvantage is experienced by both male and female designers. However, women who are more strongly associated with concepts such as aesthetics, style, and taste in this duality state that they have more difficulty in establishing themselves as professionals with technical knowledge, skills and competencies in their relations with engineers compared to male designers because they are both women and designers.

In the fourth year design studio course in our department, the projects are carried out in collaboration with the industry. For the last five years, we pay attention to collaborate with a firm from automotive industry during the first semester. In these projects, students work in teams to address a challenging design problem. As I mentioned before, it is said that automotive design is at the peak of design areas. For some students who choose to study industrial design, the goal is to become an automotive designer when they graduate. The findings of my research on how students perceive the automotive industry based on the two of the projects show that the observations of the students' professional life are parallel to those of the experienced designers who have been in the profession for years. According to both female and male students, women will face gender-based inequalities in their business life that they have not felt or experienced in their undergraduate years. They are particularly concerned that these inequalities will be felt intensely when they want to work in the automotive sector, which they describe as "focused on technology and technical knowledge, not on user in their problems".

Whether looking from the gender perspective or not, when it comes to design, technology and innovation, another important issue in practice is the collaboration and teamwork between disciplines and specialties. For this reason, I have analyzed various contexts with my graduate students and colleagues in the last few years. The interdisciplinary collaboration in design has become important both in education and the industry either due to the fact that the boundaries between the disciplines are blurred or complexity of design problems has increased and now requires multi-layered solutions. In one study, we focused on how teams of design, engineering, and business management students learn working as an interdisciplinary team during a four-week design project. At the end of this process we closely followed, the aesthetic/technology duality I have mentioned above was dominant in the relations between design and engineering students. We have found that this dual mentality that hinders sound collaboration has been replaced by a real disciplinary approach as the team members struggle towards a common goal and understand each other's priorities towards the end of the process. Here is an important inference we have drawn from this: We can expect designers and engineers who experience collaborative learning in the educational environment and who understand each other's professional perspective to establish more productive and equitable relations free from prejudices in business life. In other words, looking at the production stage makes it possible to make inferences about education. Another study that we looked at the collaboration of software and electrical and electronics engineers showed that it is misleading to think of engineering disciplines as a homogeneous community in design-based collaborative research. Taking a closer look at the collaboration processes gives us an opportunity to go beyond the superficial dualities mentioned above and to understand the relations with all the complexities they involve.

As you look closely at what is happening in the production stage, many more things worth scrutinizing will come out. I believe, however, that these issues, which are based on teamwork and that are relevant to different fields of expertise, should be studied by researchers from relevant disciplines, will develop a deeper understanding.