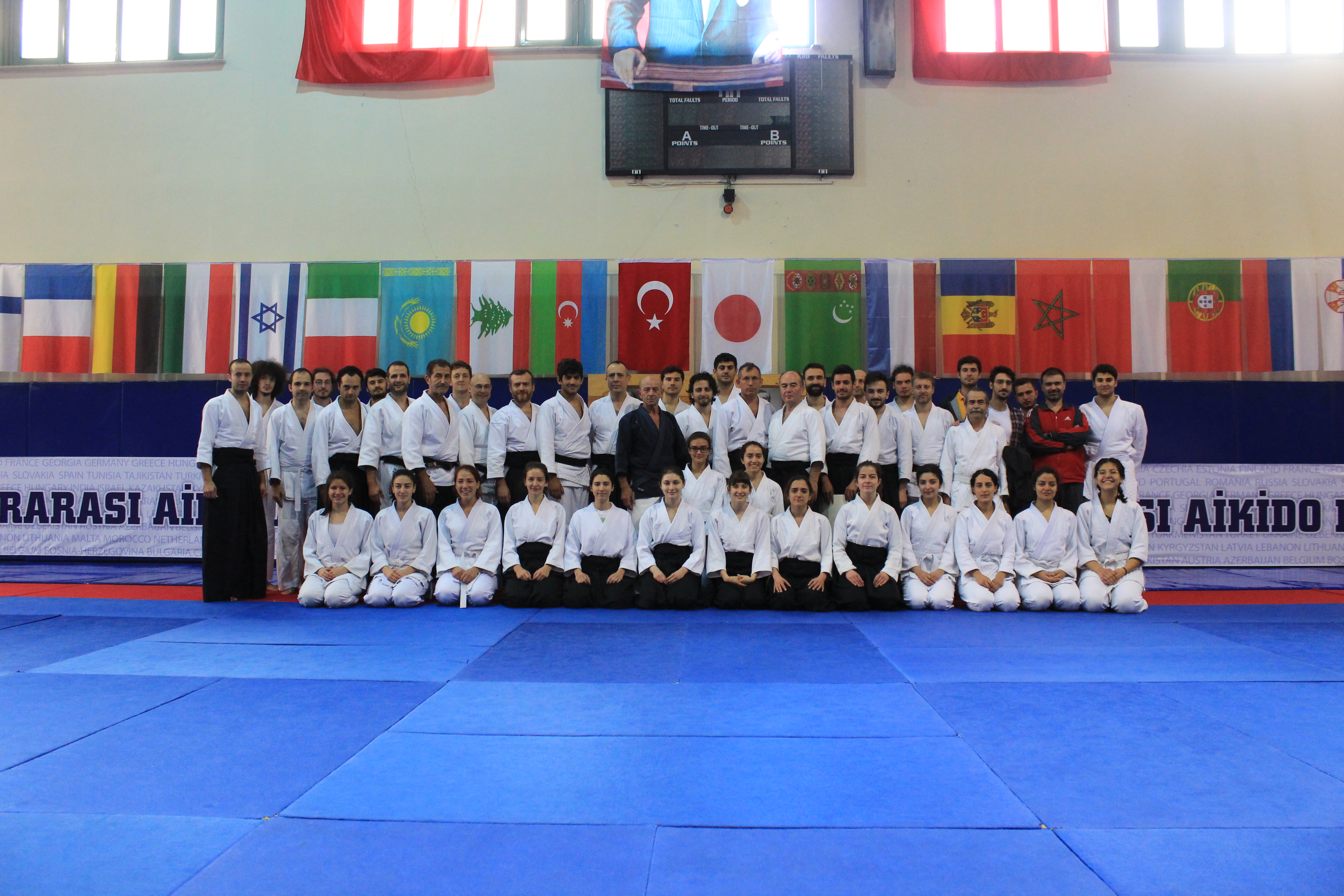 The Aikido Society was established and started its activities in METU in 2001. As one of Turkey's biggest dojos, it continues the trainings actively since the day it was established with over 200 athletes, including Aikido classes for kids. During training sessions without discrimination of age, physical strength, sex, one tries to learn how to control his/her internal energy and to perceive the training provided by observing and examining around and to apply the practices to his/her own body. The philosophy of this system is based on the principle that Aikido moves in harmony with the mind and body, rather than the mutual aggression and defensive movements. Aikido, which can be translated into Turkish as "The Road to Compatible Energy", aims to evolve the mind and body in harmony just like other Budo arts. According to the founder of Aikidon, Ueshiba Morihei, the path to adopt this philosophy of Aikido passes through love. METU Aikido Society follows the style and principles of Nobuyoshi Tamura, a student of Ueshiba, who embraced these principles in his trainings. Each year around 70 students participate in the society and receive basic Aikido training. The students who have gone through a physically challenging training first at the end of each semester test their knowledge by taking practical grading exams. Students who have black belt grade in about 4 years can feel the advantages of this training throughout their lives when they graduate. The alumni who have left the society so far set up their own societies in New York Polytechnic, Toronto, Worcester State, Mimar Sinan Fine Arts and Sakarya University where they have been to for higher education, and they have continued their activities as part of the METU Aikido Society. Carrying on its activities under the Eurasia Aikido Organization trained by the technical director Nebi Vural, the student of Nobuyoshi Tamura, and Aikido and Budo Federation, the society hosts many Aikido athletes from Turkey and around the world with the seminars held in December and May. The International Aikido Festival held successfully for the first time in May 2011 with the participation of 300 aikido athletes from 10 countries is hosted by METU Aikido Society in May every year since then. About 350 Aikido athletes from 18 countries participated in the festival, which was held for the eighth time this year, and shared their knowledge and experiences with each other. This is one of the few events in the world and gives direction to the Aikido sport in the participating countries. 8. In the black belt test conducted during the International Aikido Festival, all 10 athletes entering the competition from the society have succeeded in their exams by taking high grades. METU Aikido Society continues its activities with great devotion and determination in all the events under the METU Directorate of Sports and through its own means.