Entrepreneurs of Tomorrow Took Their Place in METU KALTEV 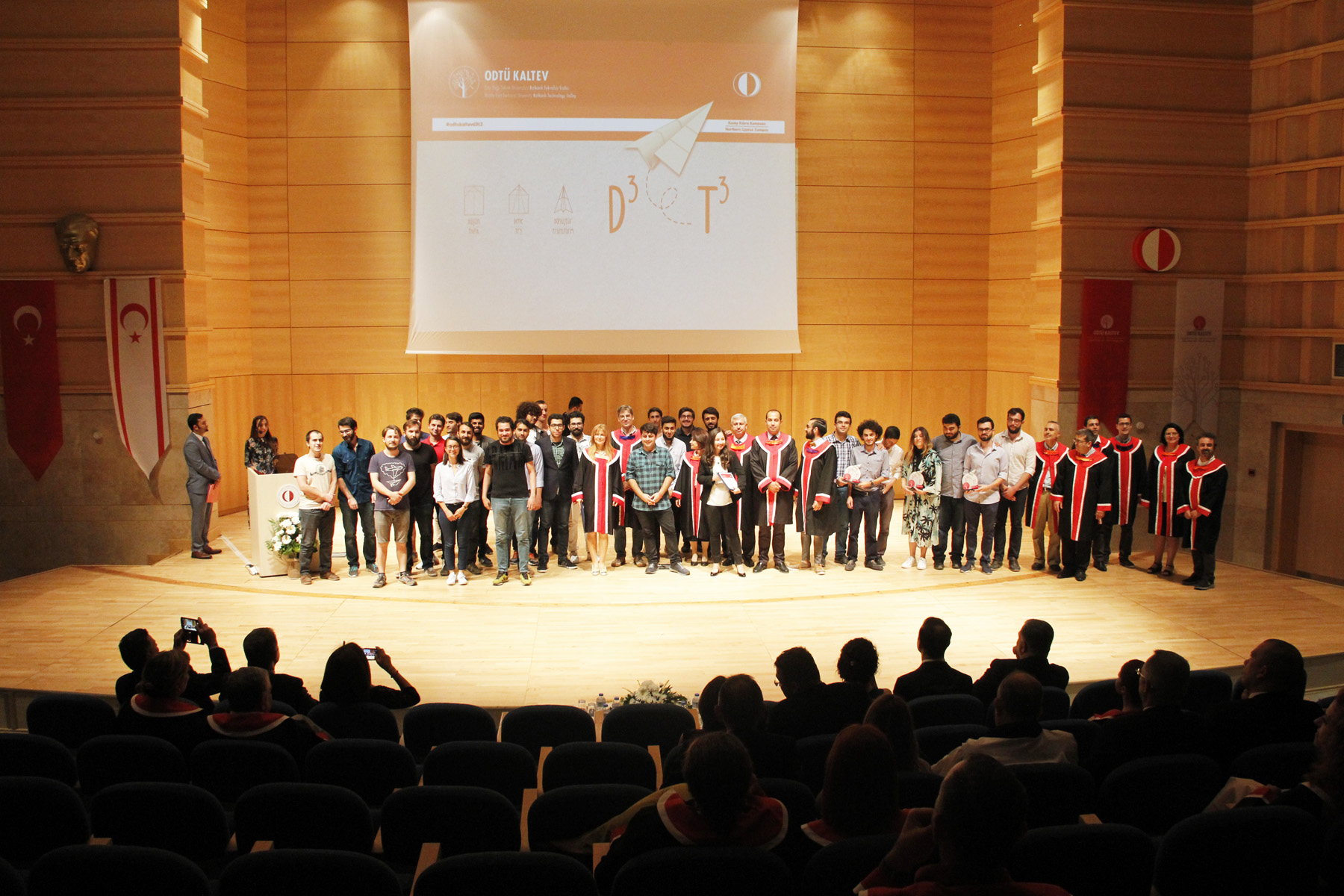 The winners of the Think-Try-Transform (T3) entrepreneurship program launched last year by METU Kalkanlı Technology Valley (METU KALTEV), a technology development zone of METU Northern Cyprus Campus, to revitalize the entrepreneurship ecosystem in Northern Cyprus, have been announced. Participants were evaluated by the jury delegation consisting of the academy, public and private sector representatives after the final presentations, and the winners received their awards at the METU Day Ceremony held on May 14, 2018.

This year, the program witnessed a great competition with 13 competing teams in the finals. Many teams that develop special business ideas for Northern Cyprus sweat on the stage to influence the jury and win office awards at KALTEV with funding. Gold sponsors of this year's program that became stronger by the sponsporship support of major companies were Aselsan and Creditwest. The program was sponsored by the Kaner Group of Companies as a silver sponsor; TEB Venture Banking as an education sponsor, Kuzey Kıbrıs Turkcell as a communication sponsor, and IBM as a cloud sponsor. Girişim Merkezi, Erdal&Co. and the METU Northern Cyprus IEEE Student Society took their places among the supporters as stakeholders of the program.

In the program where major investors, company representatives, academics from various disciplines and public representatives made an evaluation as well as sponsor companies, 2,000 TL and a honorable mension, an open office at KALTEV, were presented to the AeroCivilSense team that developed a system to measure the soundness of bridges by using unmanned aerial vehicles. The Green Pact team, which aims to increase the efficiency of the solar panels currently used in northern Cyprus, was awarded 4,000 TL and the third prize, an open office in KALTEV, while the team that developed the social platform of Vita in Cyprus which serves the tourists visiting the island as well as the people living in Northern Cyprus won 5,000 TL and the second prize, an open office in KALTEV. The SETRAS team, which developed smart farming systems to solve irrigation problems in Northern Cyprus agriculture, received 6,000 TL first prize and a closed private office in KALTEV.

One of the sponsors, IBM, gave technical training packages or cloud storage solutions to the selected competitors as a gift. The jury members especially from the private sector were also interested in business ideas and interviewed with the participants to establish business network. Winners of the program will move to the offices in METU KALTEV to be available in October and will continue their product development processes under the umbrella of KALTEV. The efforts are being made to make the Think-Try-Transform (T3) that has given Northern Cyprus seven business ideas so far available to all the students in Northern Cyprus next year.