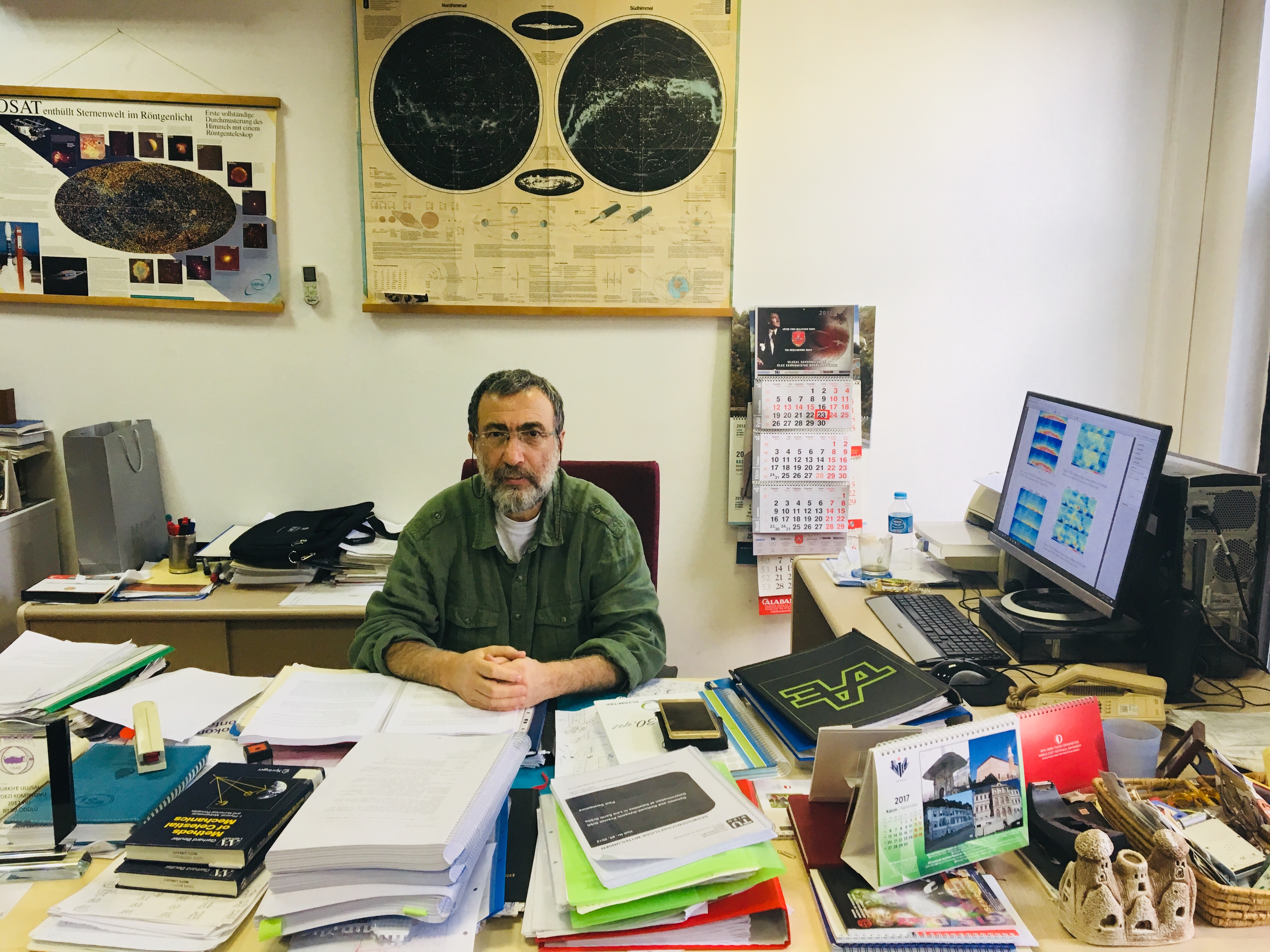 Prof.Dr.-Ing. Mahmut Onur Karslıoğlu from METU Department of Civil Engineering has been granted the 2017 Science Award of the National Geodetic Commission of Turkish National Union of Geodesy and Geophysics for his concrete contributions to the development of Geodesy discipline, a part of earth and near earth space science, and to the strengthening of its relation with different disciplines; and to the promotion of the studies conducted in our country through the national and international roles that he has undertaken.

After graduating from the KTU Department of Geodesy and Photogrammetry in 1981 and working as a Research Assistant for a short period of time, he went to Germany. After the German language training, he had to study again in the Department of Geodesy (currently called Geodesy and Geoinformation), University of Bonn as the engineering education in Turkey was accepted as an associate degree conditionally, and he received the title of "Dipl. Ing." (MSc) in 1989 with his dissertation "Effects of Electromagnetic Forces of the Earth on the Motion of Earth's Artificial Satellites". Then, he worked as a researcher at Stuttgart Technical University for a year. From 1991 to 1999, he worked at the CAM company at the German Aerospace Center (DLR) in Munich/Oberpffenhofen, in the orbit and attitude determination and control unit of the ROSAT satellite. He was awarded by NASA and the Max Planck Institute for his work. From 1999 to 2001, he worked in ERS2 and CHAMP satellites at the Munich Office of the German Geographic Survey Institute (GFZ-Potsdam). While he was working at DLR, he earned the Ph.D degree in Astronomical and Physical Geodesy at the Munich Technical University with this dissertation "Problems of Measurement and Automatic Control Technique in Geodetic Use of Earth's Artificial Satellites" (1995 – 2000). In 2001, he was appointed as an Assistant Professor in the Department of Civil Engineering to contribute to the Department of Geodesy and Geographical Information Technologies of METU Institute of Science and Technology. He has been working on mainly observations-based ionosphere modeling, GNSS (Global Positioning Systems) based satellite orbit determination and estimation and Navigation. He has been conducting TUBITAK projects in different areas of Space Geodesy and taking an active part in the working groups of scientific organizations such as International Geodesy Union (IAG) and European European Geosciences Union (EGU) on observations-based ionosphere and space air modeling.

The detailed resume of Prof. Dr. -Ing. Mahmut Onur Karslıoğlu can be found at http://users.metu.edu.tr/karsliog/.