40 years of METU in marine research 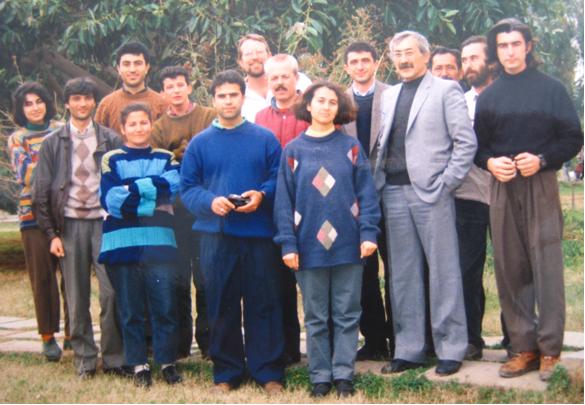 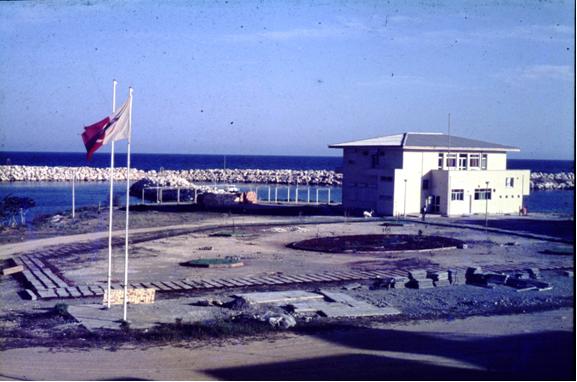 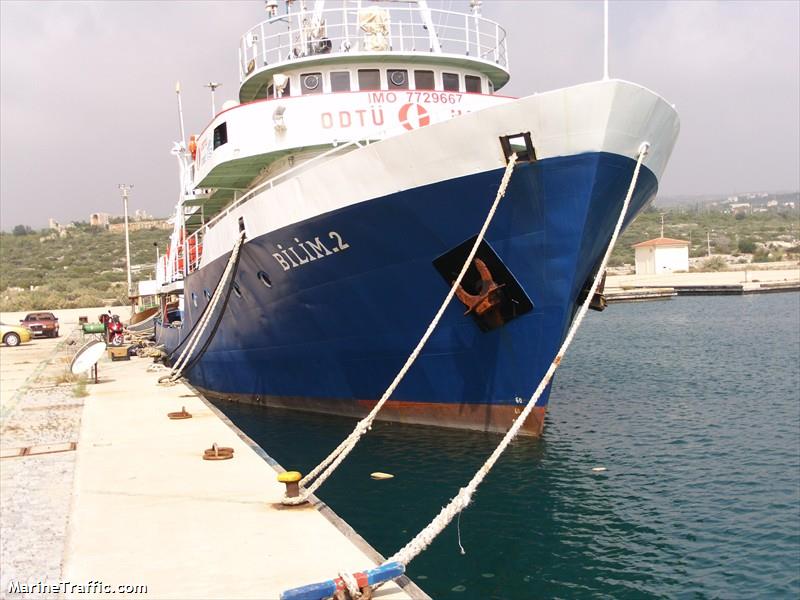 Founded in 1975, 40 years ago, at Ankara Campus, METU Institute of Marine Sciences started moving to Mersin-Erdemli Campus in 1977. Thus, for the first time, METU landed in the seas, established marine research laboratories on this campus and built research vessels. METU researchers first head out to sea from Mersin shores to all Eastern Mediterranean, then to Aegean, Marmara and Black Sea and discovered every inch of the Turkish seas. They left METU mark on the ocean science that forms the two-thirds of the Blue Planet from the Poles to Atlantic Ocean and to Pacific Ocean as well as the Turkish seas.

Establishment of Institute of Marine Sciences and Erdemli Campus

The METU Institute of Marine Sciences (METU-IMS) was formally opened as the Department of Marine Sciences (DMS) at the meeting of the METU Board of Trustees on December 21, 1974 to conduct research at seas and provide education at the graduate level. The establishment was announced by the METU President Prof. Dr. Tarık G. Somer through a letter No:REK:106/90 on January 13, 1975. Assoc. Prof. Turgut İ.Balkaş from METU Department of Chemistry served as the first director of the institute. The education and research activities were first started in the offices, classrooms and laboratories temporarily allocated in the premises of Department of Chemistry on Ankara campus. In March 1977, the current lands of Erdemli campus was transferred to the University and IMS started moving from Ankara to Erdemli campus. The Institute completely moved to Erdemli campus in 2018. METU-DMS Erdemli campus is located on the eastern Mediterranean coast at a distance of 6 km to the town of Erdemli, 45 km west of Mersin city center. In the early 1980s, METU-DMS was formally entitled as "Institute" in the framework of newly established Council of Higher Education implementations and had its current status as "METU Institute of Marine Sciences (METU-IMS)".

Marine Sciences cannot be considered without research vessels, which should also be considered as floating "METU campuses". Right after the establishment of the Institute, obtaining research platforms was on the agenda. In 1977, "Kuğu" (Swan) vessel was manufactured at METU workshops, transported to Istanbul by land and then brought to the harbour of Erdemli campus by sea. In May, 1979, a 17-meter wooden boat was purchased from Bodrum and it was registered with Mersin Harbour under the name "R/V Erdemli" (R/V is an abbreviation of 'research vessel' in English). With the commissioning of the R/V Erdemli, the study area of IMS at sea has been further enlarged and the area from Akkuyu to Iskenderun has been included. Mostly equipped for fishery research and being still in use, R/V Lamas vessel was included in the METU marine research fleet in 1982.

Focusing on benefiting from the know-how of education and research centers that were prominent internationally in the years of establishment and development, METU-DMS collaborated with the Scripps Institution of Oceanography, University of California, the leading research institute in the world on marine sciences. Within the framework of this cooperation, the design plans of R/V Alpha Helix vessel used in marine research in the US, were given to METU or a "twin" vessel started to be constructed in Turkey. This vessel, which is 42-meter long and still active, was called R/V Bilim and started to be constructed in 1978 at Taşkızak Shipyard following a protocol signed between METU and Turkish Naval Forces. The vessel, for which a hundred million TL was spent until 1980, was launched on July 28 of the same year. The hardware of R/V Bilim was completed within a few years and it was delivered to METU President's Office in February, 1984 and the first major voyage of the vessel was performed between Iskenderun and Marmaris as part of MED-POL project in April 1984. During the time until R/V Bilim was commissioned, IMS learned marine sciences, mastered coastal marine studies and improved its ability to perform oceanography, or in other words, ability to perform oceanography in "meso" and "macro" dimensions. With the R/V Bilim vessel, METU has been able to collect its first data from the Marmara and Black Sea beyond the Mediterranean Sea since 1984.

Since its establishment, the Institute of Marine Sciences has been rapidly transformed into a modern oceanographic center with national and especially international supports. In the first year, it became the center of activity in four of the projects of marine research in Turkey in the framework of Mediterranean Action Plan by UNEP (United Nations Environment Program), and it was supported by UNESCO (United Nations Educational, Scientific and Cultural Organization) and IOC (Intergovernmental Oceanographic Commission). After moving to the Erdemli campus and the acquisition of the Kuğu vessel, the "Akkuyu Nuclear Power Plant Oceanography Studies" project became the driving force in studying the region and producing the first theses during the first years.

In the 1980s, Istanbul Water and Sewerage Administration (ISKI) Project protocol, a project to help the IMS reach the Marmara Sea and the Straits beyond Mediterranean, was signed and then the Black Sea was added into the objectives of IMS. With the initiation of "National Marine Monitoring and Research Program", a group of important projects, by TUBITAK, a part of the financial problems of the Turkish institutions offering research and training in marine sciences was able to be solved. This was the onset of a "golden age" in marine sciences in Turkey that would last until the end of the 1990s. The start of 'Physical Ocenography of the Eastern Mediterrranean (POEM)' project conducted by the Institute in cooperation with Harvard University, USA broadened horizons in many respects and increased national funds, and led the way for METU to head out to high seas and for IMS to be in the forefront in cooperation with many research institutes in an international project. Under the POEM projects, METU collected data from deep waters, performed first measurements at a depth of 1000 m and more importantly, in the international waters out of the Turkish economic zone.

From the beginning of the 1990s, priority was given to USA and European research efforts in the Black Sea following the disintegration of the Soviet Union, and METU conducted highly effective research in the Black Sea in the 1990s as part of the "Science for Peace" project series funded by NATO. Some of the research were published in Nature, one of the world's most influential and prestigious journals, in 1992, while the entire research was published with the data collected by R/V Bilim vessel by a team of writers from METU.

While the national funds were limited in 2000s, IMS came to the forefront in European Union funds and initiated marine research efforts, which had also a socioeconomic dimension, through the 6th and 7th framework programs. With the growing national interest in marine sciences in 2010s, research infrastructure started to be renewed and marine observing systems were introduced in Turkey with the Marine Ecosystems and Climate Research Center Project (DEKOSIM) funded by the Ministry of Development. In this context, among the developments that should be noted include leaving the autonomous satellites called "ARGO" that are drifting with the currents and collecting data continuously and the systems sharing them in the Black Sea and the Mediterranean in 2013 and the establishment of the first high-sea continuous observation buoy in Turkey by METU in 2015.

The Institute of Marine Sciences has produced more than 400 international papers indexed over the past 40 years, collected more than 12000 citations and had more than 150 Masters and Ph.D degree graduates. Nowadays, the institute has 3 departments: Oceanology, Marine Biology and Fisheries and Marine Geology and Geophysics, and continues its activities in Erdemli campus with a total of 50 researchers and 60 administrative staff.

METU Institute of Marine Sciences, which will continue to increase the efficiency of the gradually modernized research infrastructure for many more years on this campus, has adopted doing basic research for the major challenges affecting the human and the nature as its primary purpose around its own area, in Turkish seas and global oceans. As a complementary role, the Institute also embraced the mission of transforming the research findings into products and solutions for the development of blue economy in the seas based on the needs of the society and transferring the knowledge and experience it has to every segment of the society through the trainings it provides. You can have further information about Institute of Marine Sciences at www.ims.metu.edu.tr and find the spot film for the 40th Anniversary of the Institute made by GISAM on our pages.