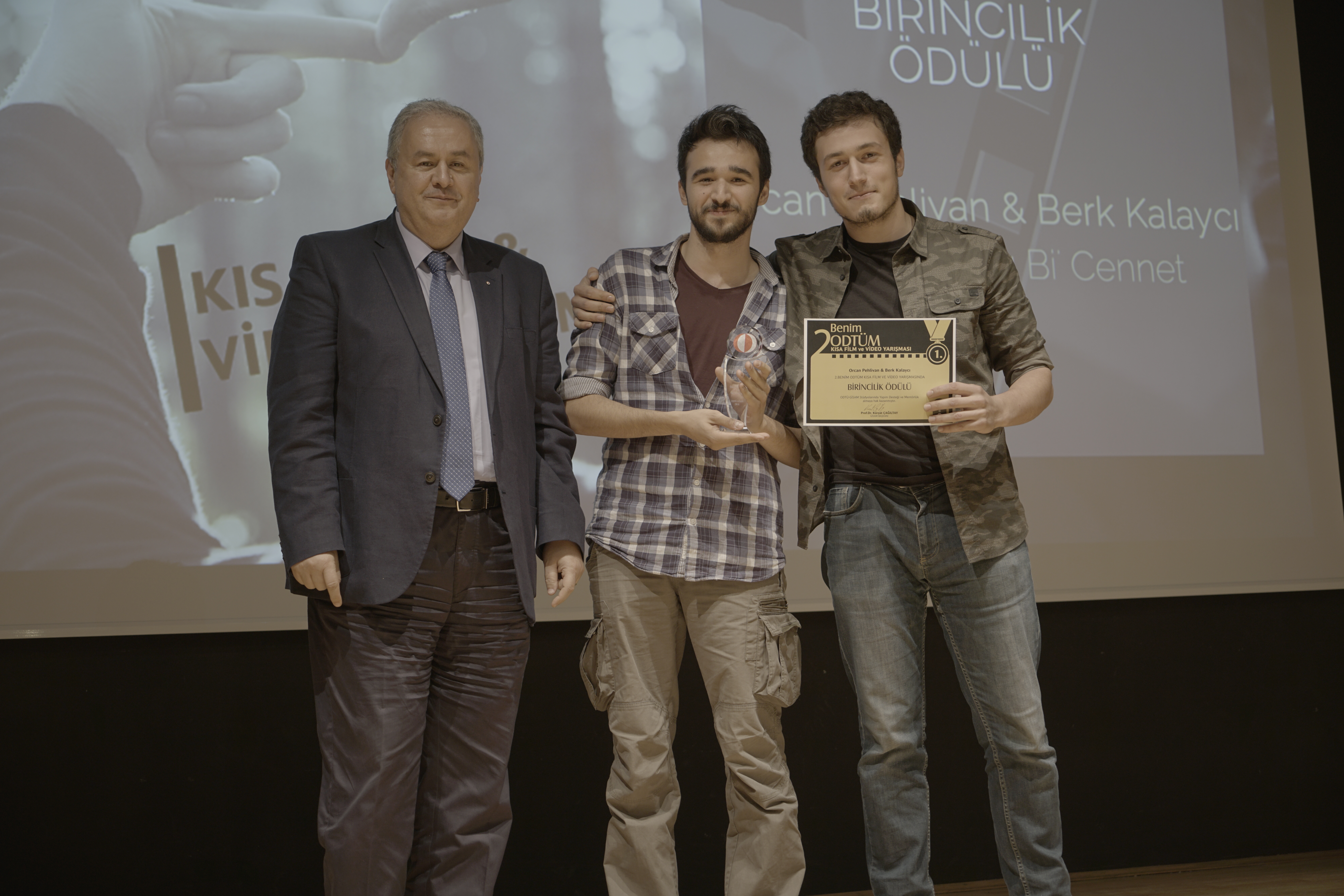 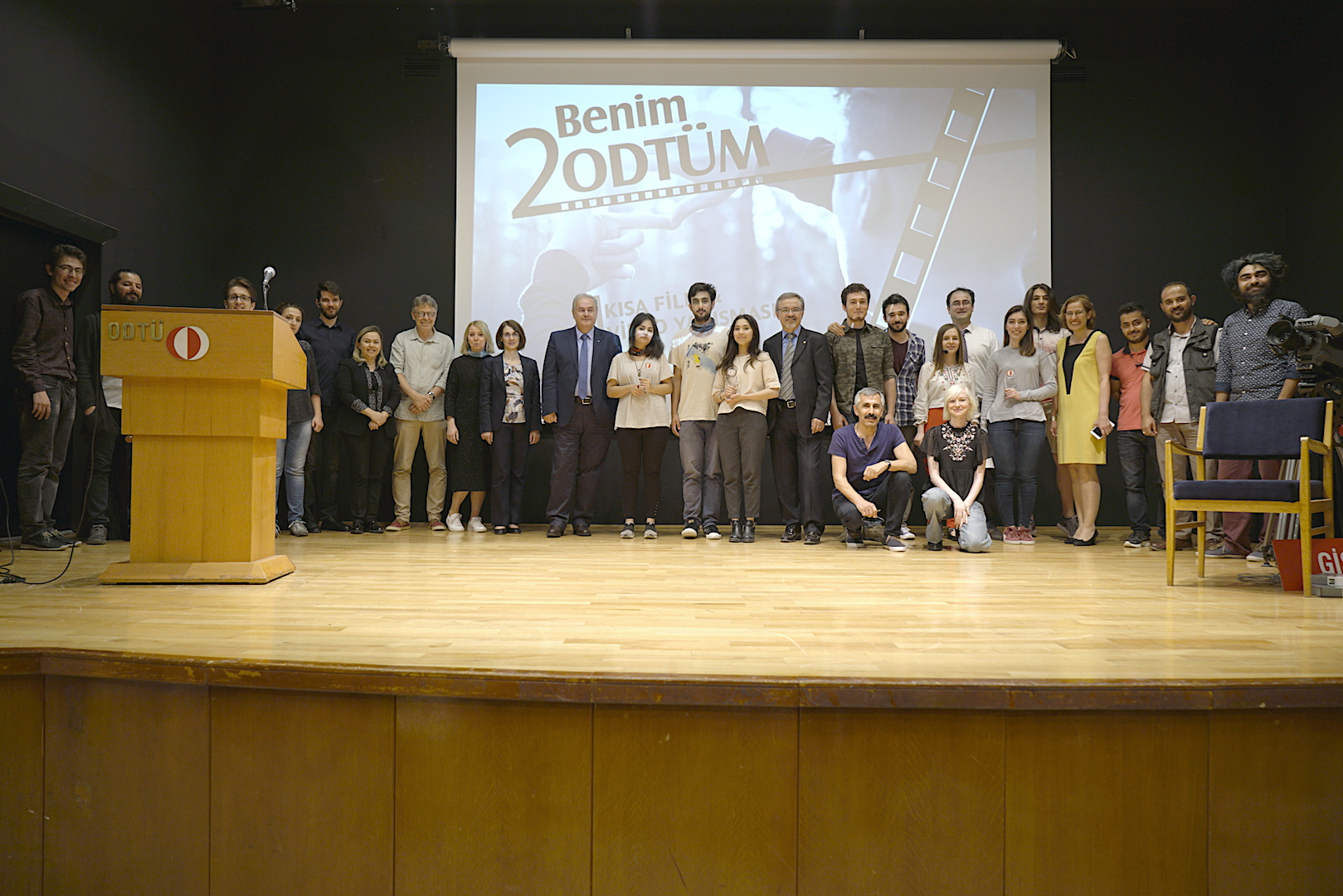 My ODTÜM Short Film/Video Competition Award Ceremony, organized for the second time this year by GISAM (Audiovisual Research and Application Center) with the support of METU President's Office and Development Foundation, was held on May 21, 2018.

In the contest, the pre-screening of which was performed by GİSAM, the jury consisting of Prof. Dr. Kürşat Çağıltay, Assoc. Prof. Y. Eren Kalay, Faculty Member and Director Andreas Treske, Dr. Berrin Balay Tuncer and Ege Erdem, who won the third prize in the competition last year, assessed the films.

The first prize was presented to the film "ODTÜ: Burası Bi' Cennet" by Orcan Pehlivan and Berk Kalaycı from the President Prof. Dr. Mustafa Verşan Kök.

The Audience Award was given to Yıldız Sağnak for her work "Views From METU". The competition that both reflects METU in our dreams as well as the films that mirror METU where we live, aims to be a means for conveying METU culture, METU spirit and METU climate to new generations. The photos from the ceremony and the films are available athttp://benim.odtu.edu.tr.