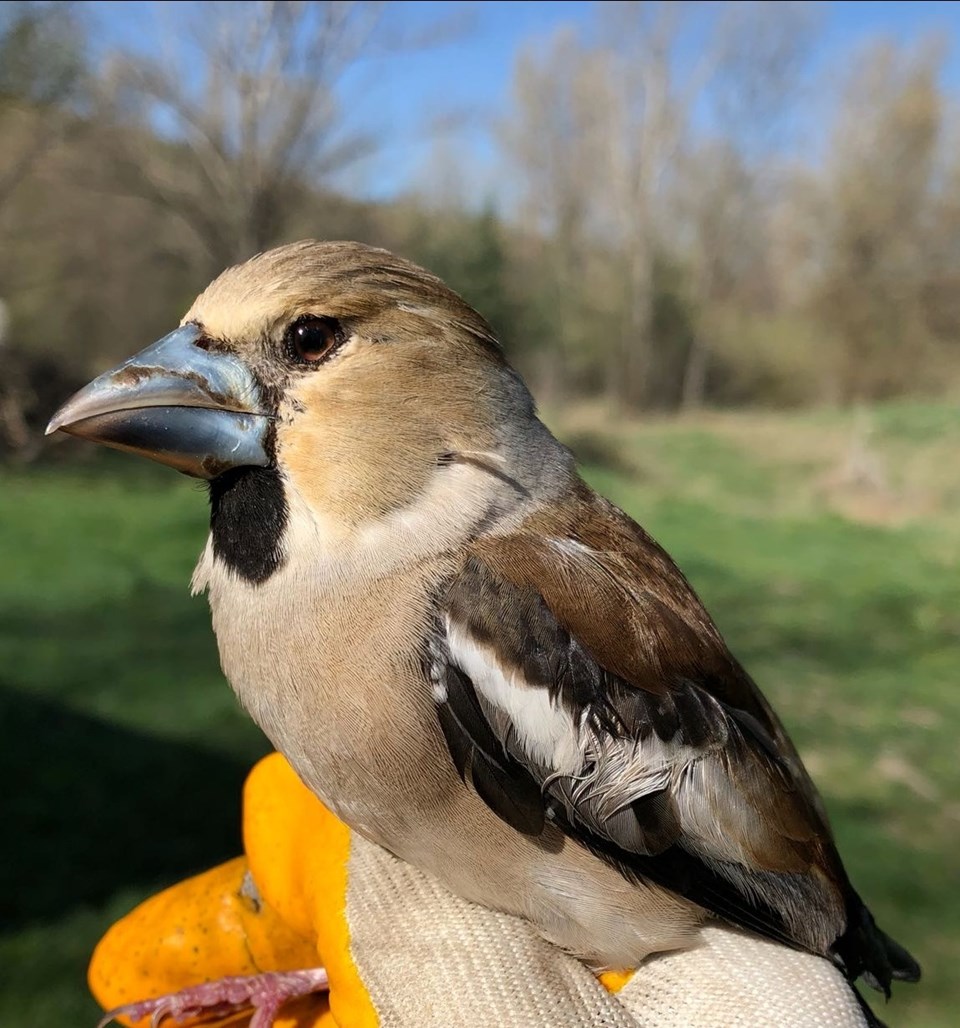 Located on the most important migration routes of many bird species, in Turkey has taken action to expand ringing studies. The Ministry of Forestry and Water Affairs, which aims to increase the number of stations carrying out regular bird ringing work, is committed to bringing new stations into operation by cooperating with the universities. The first step was taken in Ankara. Eymir Bird Ringing Station, where bird migration studies were carried out in the years 2001-2002 and 2011-2012, started to operate again after 6 years. The Eymir Birdling Station, which was activated in cooperation with the General Directorate of Nature Conservation and National Parks, Ankara University and the Middle East Technical University, started its spring term studies on 1 April. The station started to be jointly executed by Dr. Arzu Gürsoy Ergen from Ankara University Faculty of Science and Burak Tatar, Forest and Water Specialist under the coordination of Prof.Dr. C. Can Bilgin from METU Faculty of Arts and Sciences. The station will be open for four weeks during the Spring and Autumn migration periods at the initial period. It is expected that migration routes, wintering and breeding areas, migration schedules, migration strategies and population dynamics will be better understood with the ringing studies to be performed at the station. In addition to the research on accommodation ecology and migration strategies, genetic analyzes are planned with samples to be taken from birds. Bird ringing procedures in the station opened at METU Tree Nursery in Lake Eymir are conducted by experienced ringing specialists Dr. Arzu Gürsoy Ergen and Burak Tatar. Many students from different students support station activities on a voluntary basis. In shorter than one month, 168 birds from 25 species were ringed at Eymir Bird Ringing Station opened on 1 April. Phylloscopus, Sylvia Atricapilla, Scops Owl, Collared Flycatcher, Kingfisher and Phylloscopus Collybita is among the prominent species ringed. One of the most important data reached in the two weekly work of the station was about Blackbird and Phylloscopus. During the ringing work carried out by METU at Lake Eymir in 2012, Blackbird and Phylloscopus species ringed by Soner Oruç got caught into the nets again. A female Blackbird, whose records in 2012 were examined, was found to be living in the region for 7 years. The Phylloscopus under ring no.FA 14601 was found to be regularly migrating between the wintering area in Africa and the breeding area in Eymir Tree Nursery for at least 7 years. Among the founders of National Ringing Program in Turkey, Prof. Dr. Can Bilgin stated that bird migration surveys are an ideal way to monitor global climate change. Stating that the changes in the bird species composition or in migration calendar are some kind of an early warning system, Dr. Bilgin added that the initiative is of great importance as it is one of the first activities of METU Ecosystem Application and Research Center (EKOSAM) and it is the first joint study in this field between two universities.

[1] The news published in the press on this article written by Prof.Dr.Can Bilgin from METU Biology Department and the founders of the National Ringing program can be found at  Dr. Http://basinda.odtu.edu.tr/.